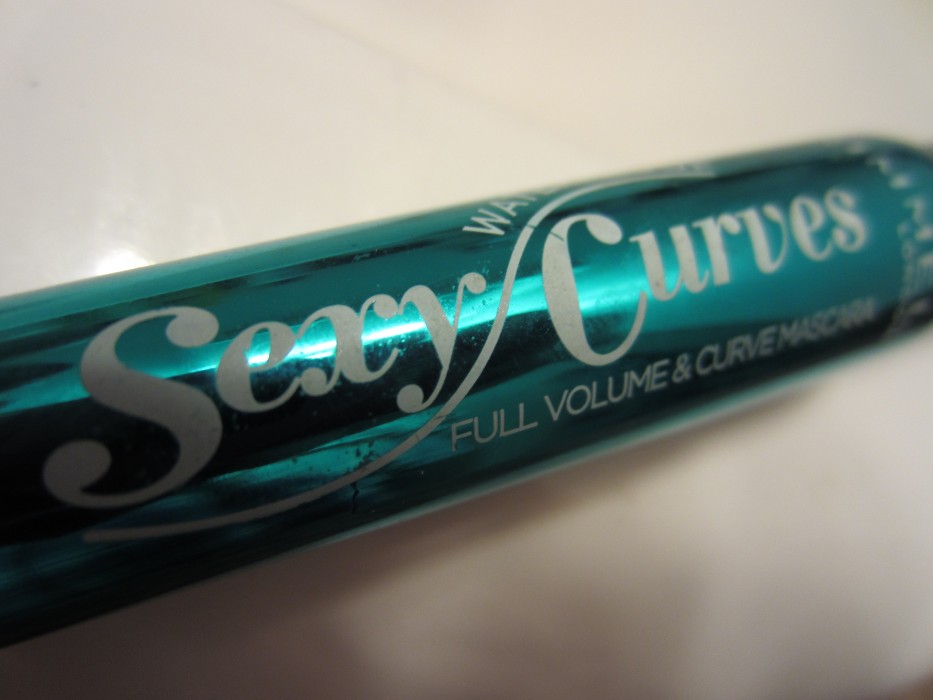 I picked up this mascara over the summer and it went into the back of my mascara drawer.  I went on a waterproof mascara spending spree and picked up 5 or 6 at one time and after trying out all of them I decided that Covergirl Define-a-Lash was my preference.  I will probably do a post about the Define-a-Lash because I think that mascara doesn’t get enough credit, but this post is all about Rimmel Sexy Curves mascara.  I’m not going to say much about the waterproof-ness of this mascara except that it is very waterproof so if you’re looking for a mascara that definitely withstands sweat and tears, this one is a nice option.  Other than that, the application is a little bit of a hurdle.

The brush is long and skinny with the 3 balls throughout the entire wand.  The bristles are the rubber bristles like Covergirls Lash Blast or Benefits They’re Real.  I don’t have a preference for rubber bristles over traditional fiber or wire bristles, it depends on the mascara and the formula.  Both types of bristles have positives and negatives and most of the time I can make either work to my advantage.  The bristles on the balls are obviously longer than the bristles in between the balls, but when looking at those bristles in between they seem almost non-existent.  They are very short and don’t seem to do much to my lashes on application.  Also, the picture doesn’t show this very well but the bristles on the middle ball are shorter than the bristles on the first and third ball.  I think this is to really help get the inner and outer corner lashes and to make sure that they don’t clump but are fully coated.  That makes a lot of sense when you think about it because it helps get those pesky inner and outer lashes that are harder to coat with mascara and to get a clean application. The fact that the bristles are longer makes it less clumpy on those areas while the shorter bristles on the center ball make it so the middle lashes are getting the most product, and in theory makes the middle lashes blacker and more volumized.

The first time I saw this brush I immediately thought of the Fairydrops Scandal Queen mascara.  I did a post about the Fairydrops mascara so if you would like to see how that works then click here! Since the two brushes both had the 3 ball style applicator and both claim to be waterproof and a mascara that gives you amazing curves, I decided to show both of the mascaras side by side to see the difference.  I had these high hopes that the Rimmel Sexy Curves would be the cheaper version of Fairydrops, since the Rimmel is under $10 and the Fairydrops is $25.

But this post isn’t about comparing the two, I just wanted to show that the 3 ball style brush is more common than a lot of people realize but not all ball style brushes are created equal.

Now this mascara claims to be voluminous and curling so we will see how it applies. 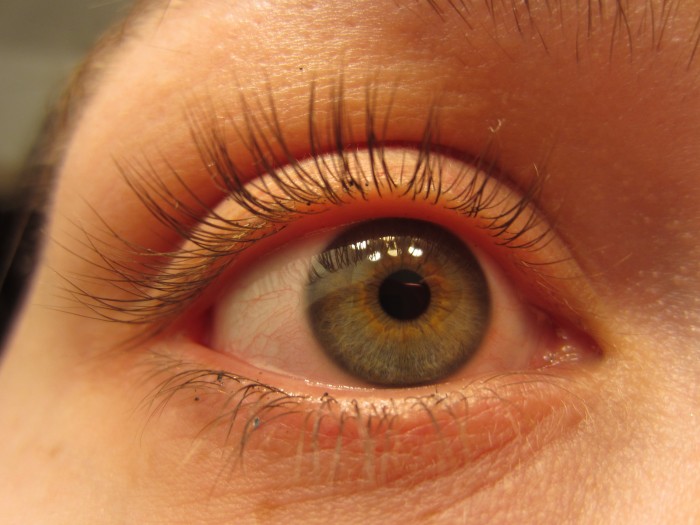 My lashes with no mascara, the before picture.

2 coats of the Rimmel Sexy Curves

As you can see, this mascara does nothing for separating my lashes.  I wouldn’t classify it as a mascara that clumps but it does sort of group my lashes together.  Sometimes I don’t mind when a mascara does that, but only it is a very volumizing mascara.  Although this mascara claims to volumize, it doesn’t at all.  It makes to seem like I have less lashes than I actually do, I thought my lashes would have looked better if I just coated them with some black liquid liner.  Although it makes my lashes black, I just don’t think it does much else for them.  I didn’t notice a dramatic difference between the curl of my lashes like I do when I use the Fairydrops.  One positive thing that I can say about this mascara (and I think its the only positive) is that the whole bigger ball concept for the inner and outer corners worked for my inner corner lashes. The fact that the first ball is larger and has longer bristles did keep my lashes on my inner corner from clumping together.

But one thing that this picture doesn’t show and what I am the most disappointed about is how wet the formula is.  This is one of the wettest formula mascaras I have ever used, and that is saying something because I try a lot of mascaras.  I am not afraid of wet formula mascaras and sometimes there are some major advantages to wet formula mascaras (i.e. they flake less) but this mascara gets all over my face every single time I use this.  I always get those little dots at the top of my crease near by brow when I open my eyes after applying, and because its waterproof its not easy to get off.  I get this mascara all over my eyes every single time I use it! By wiggling it into my lashes I get it smudged on my lid right above my eyeliner, then when I open my eyes all the way I get it on my crease and it ruins my eyeshadow, and I won’t ever try putting it on my lower lashes because I know it will get everywhere.  The clean up would be worth it if it made my lashes look perfect, but as you can see from the picture the mascara doesn’t do my lashes justice.

Overall, I’m not impressed.  This fails in comparison to the Fairydrops and it is so wet that it gets everywhere.  I have mascaras that work so much better than this so it will continue to stay in the back of my mascara drawer.  Maybe it will dry out in a few months and I will be able to use it but I’ve already had it for 6 months and it is still as wet as ever.  Not my cup of mascara tea.